The 2022 Legends Tour season, one which has witnessed drama, intensity and journeys back and forth across the
Atlantic Ocean, is now set for its traditional Indian Ocean finale, beginning with this week’s MCB Tour Championship – Seychelles at Constance Lemuria.

It will be the third edition of a tournament that was first played in 2018 when the Englishman Roger Chapman overhauled the pre-final round leader Miguel Angel Martin, of Spain, in a comprehensive fashion.
Martin had been dominating the field and led by five shots with 18 holes to play but the three-time European Tour winner fumbled his challenge and had no answer for the charge of the eventual winner or Welshman Phillip Price who both were tied at the top of the leaderboard before Chapman prevailed in extra holes.

Twelve months later the South African James Kingston was on the brink of winning a first Legends Tour title, leading throughout much of the weekend, but he couldn’t match Australia’s Peter Fowler whose triumph was his seventh among the seniors. Kingston endured double agony in 2019 because just seven days after his near-miss in Seychelles he was runner-up again in the MCB Tour Championship – Mauritius. 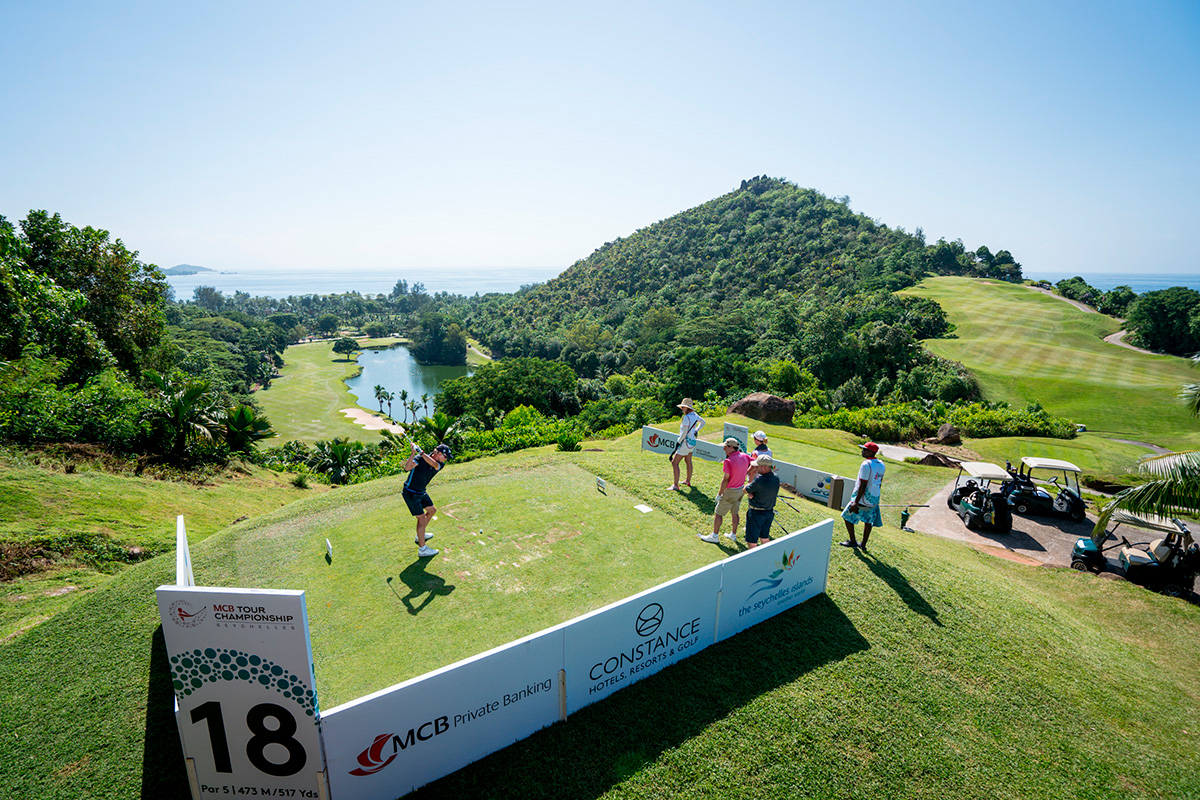 This year he returns to the Indian Ocean leading the Order of Merit thanks to a season of relentless consistency that has included 12 top 20 finishes.

He’s yet again been a two-time runner-up, but he has also landed victory in the Swiss Seniors Open and it will need a remarkable effort over the next fortnight from Phillip Price or Paul Lawrie, his nearest challengers in the rankings if he is to be denied the end-of-season prize of lifting the John Jacobs Trophy.
The stage awaiting them remains one of the most spectacular on the entire schedule because Constance Lemuria is a wonderful course that tests all aspects of a golfer’s game. The front nine is largely flat and tree-lined, demanding straight drives and accurate approaches to green protected by water hazards and volcanic rock.
From the 13th tee onwards the field is faced with a contrasting examination that takes in a climb to the top of a hill followed by a dramatic descent in the form of the par-3 15th. With the world famous Anse Georgette beach in the background, it is one of the most scenic spots in world golf. 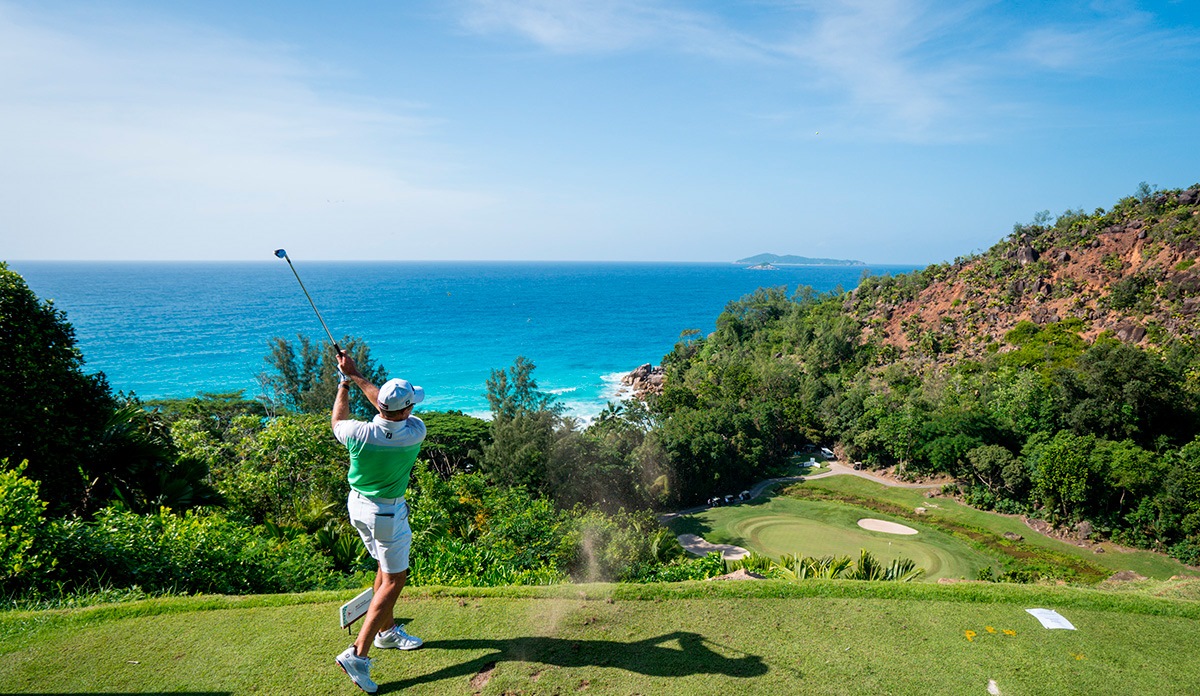 The 16th is a par-5 that cuts a narrow path through a jungle while the 18th is another par-5 and another elevated tee box with a wonderful vista. It is an exacting and sensational final stretch that demands bold golf and makes dramatic finales an exciting inevitability.

The first round starts on this Friday, December 2nd.

Not without a finale in the Indian Ocean

The Legends Tour season's finale returns this December 2022 to Seychelles and Mauritius for a fortnight of golfing paradise in the MCB Tour Championship.

Stephen Dodd ends the week on top and on the beach.