Sweden’s Joakim Haeggman confirmed that he is the master of Constance Lemuria
with a dominant four-shot victory in the MCB Tour Championship – Seychelles.

It is the Ryder Cup veteran’s first title on the Legends Tour but a tenth win worldwide and it ended a 14-year drought that stretches back to the Challenge Tour in 2008. However, the fact that the 53-year-old completed his breakthrough at the stunning Lemuria layout was no surprise to keen observers of the sport. Back on his course debut in 2019 Haeggman was tied second after 18 holes and carded the joint-low score in the final round.

Only a poor second round derailed his hopes of triumph that week but there was to be no repeat this time as he carded rounds of 66-67-66 to set a standard that no one in the field could live with.

Early pacesetter Simon Khan, of England, fell away in the second round while Austria’s Markus Brier, who shared the pre-final round lead with Haeggman, struggled to stay in touch after a bright start on Sunday. No one else was realistically within touching distance of the new champion all weekend. 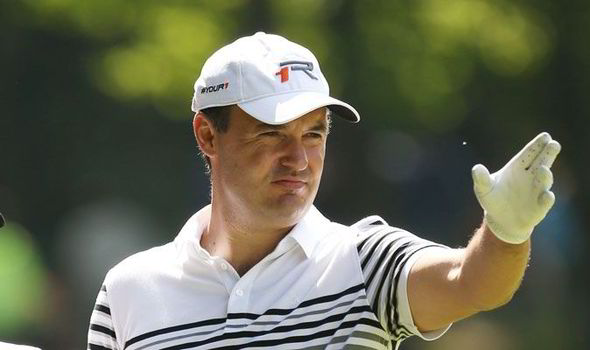 Haeggman’s own first move in the final round had been backward, with a bogey at the second, but he rebounded with a trio of birdies from the fourth and added a superb eagle-2 at the ninth.

When he backed that up with another birdie at the par-5 12th he could afford to exchange three late bogeys with a final pair of par breakers and still complete a comprehensive thrashing of the quality field, ending the week with a total of 11-under-par 199.

The winner had described his second round as a “circus”, an apt description for a man who dazzled the crowds at last year’s MCB Tour Championship – Mauritius with his famous trick shot routine, but his ability to entertain had lacked triumphant gloss at senior level. He had recorded a hat-trick of Legends Tour top three finishes before last week and he didn’t hide his joy at finally lifting a trophy.

“This is what we play for so I am really, really happy,” he said. “I first looked at a leaderboard on 17 so knew I was flying and that the others were not following.” He added: “All of us players know we can win but and I had a nightmare a few weeks ago in Italy when I was playing in the final group so the pressure was high but you learn from the process.”

“Can I deliver?” he had asked on Saturday night. 24 hours later he had answered his own question in an emphatic fashion.
Brazil’s Adilson Da Silva claimed second place on his own, Italy’s Emanuele Canonica was alone in third and Clark Dennis of America was solo fourth. 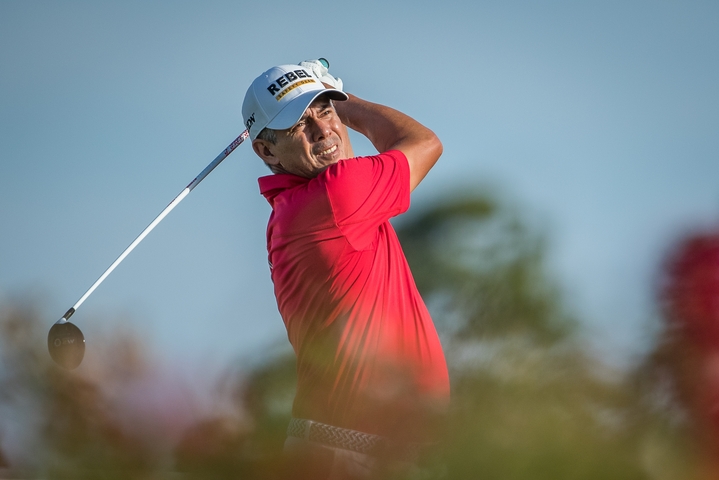 Direction now to the south for the 2022 Legends Tour seasonal finale, the MCB Tour Championship – Mauritius, which started on Friday December 9th at the Legend Course, Constance Belle Mare Plage.

Rendez-vous at Constance Lemuria in Seychelles and Constance Belle Mare Plage in Mauritius for a fantastic game.