The week of the MCB Tour Championship has always been a special one at Constance Belle Mare Plage.

Golf journalists travel here from around the world and they are hardened souls who’ve pretty much seen all the game can offer and don’t expect to be surprised by anything new. But seven days spent in and around the Legends and Links courses soon convinces them otherwise.

There is a buzz that is unfamiliar: it takes in professionals and amateurs, young and old, male and female. A resort that is alive with golfing excitement.
True, the MCB Tour Championship takes precedent. It is, after all, the climax to every Legends Tour season. 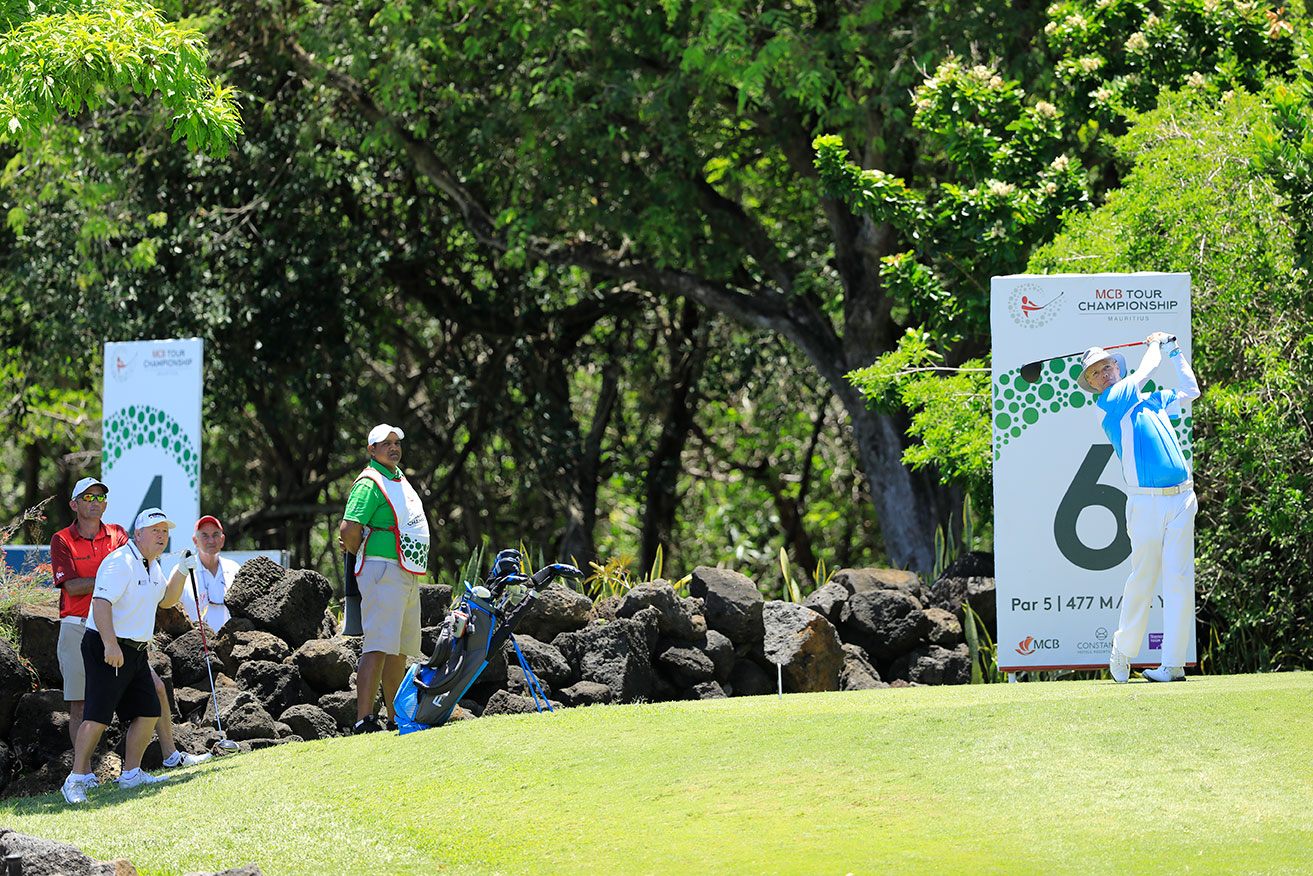 But there is no let up in enthusiasm beyond that one event. The week kicks off with the Amateur Trophy, which takes in the Constance Hotels and MCB Pro-Ams, and this year it also includes an extra dimension with Tuesday’s first Legends Tour Celebrity Grand Final.
Among those famous names making their debut on the Legends Course are former Liverpool star striker Robbie Fowler, rugby legend Gavin Hastings, TV presenter Dan Walker and Boyzone singer Keith Duffy.

Their prize is a £100,000 donation to the charity of their choice. It is a significant sum so expect high drama and plenty of nerves as they take on the looming water hazards on the 17th and 18th holes.

Barry Lane and the defending champion Jarmo Sandelin – every single one of them a PGA Tour winner or Ryder Cup team member.

Those sitting at, or near, the top of the Order of Merit will also have their eye on the John Jacobs Trophy, awarded to the leading player in the season’s rankings. Senior British Open winner Stephen Dodd currently leads the way, chased by Thomas Levet, Markus Brier and James Kingston.
With a wobbly course record, the Welshman Dodd may be vulnerable to a late attack either from the debutant Levet or Kingston, who was runner-up behind Sandelin in 2019.

And the stage for all this action? The aptly-named Legends Course.

It is the perfect setting for this celebration of golf – a beguilingly colourful layout that twists between lush tropical vegetation and tempts every competitor to chase the birdies. The fairways are not narrow, but miss them and trouble awaits in the trees or water hazards. The greens are small – tricky to hit but offering a par-breaking opportunity if found.

As always, golf will be the winner this week – but who will be lifting the trophies?
Not long, now, before we find out.

Keep up with the updates here

The world’s finest senior golfers are set to return to Mauritius for the latest renewal of the Legends Tour’s season-ending showpiece.