“I first came to Constance Belle Mare Plage in 2011 and the Legend Course was a good golf course then, but now it is a fantastic golf course in great shape.
“I also thought that Constance Prince Maurice was the most beautiful resort I had ever been to and now that is even better as well so it’s been a very good start to the week!”

A winner of 35 tournaments worldwide, Lehman added: “I’ve always been interested in supporting golf around the world. I like making friends in different countries and that’s something that happens every time I come here to Mauritius.
“My wife and I always say that it’s a big, big world and golf make it a smaller place.”

Europe’s 2018 Ryder Cup captain Thomas Bjorn was of a similar mind.
“Playing on the main tour is hard these days so it’s lovely to be back among old friends,” the Dane said ahead of his tournament debut. “We (the players) have spent all our lives together. We’ve moved on in life and enjoyed many experiences.
“I love reliving the stories. It reminds you what the game brings to everyone and not just the professionals. A week like this one, with all the amateurs competing in their event, it shows us that golf brings people together.”

When discussing his chances this week, Bjorn was a little more downbeat. The father of newly-born twins said with a wry smile: “My recent golf is literally non-existent. I hope I find a game this week. I still love playing this sport and live in the hope that I play my best.”

Asked the same question Lehman said: “At this stage of my career it’s a bit like the country star Toby Keith sings: ‘I ain’t as good as I once was but I’m as good once as I ever was.’ That’s what we’re all hoping for.”

Defending champion Jarmo Sandelin smiled at that thought and said of his own current form: “I can be very, very good but I can also be very, very bad. I’m really just very happy to be here. It’s a fantastic event, one we all look forward to.” 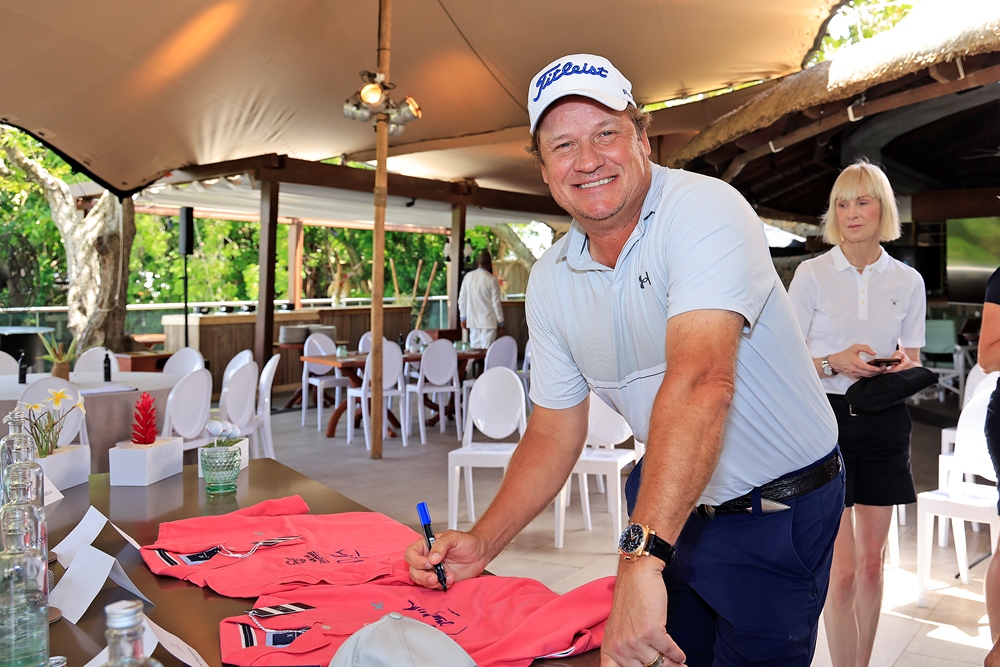 The first round of the 2022 MCB Tour Championship – Mauritius starts on the Legend Course at Constance Belle Mare Plage on Friday, December 9.

Rendez-vous at Constance Lemuria in Seychelles and Constance Belle Mare Plage in Mauritius for a fantastic game.