When the 32 players who competed in the first MCB Tour Championship – Seychelles first encountered Constance Lemuria they were in little doubt. Having played across the world, on every continent, at some of the most famous courses in the sport, they thought they had seen it all, but they were stunned by the views.

The high points of the 15th and 18th tees were favourites with no-one failing to take photos which they quickly forwarded to loved ones or sent across social media channels.

The stunning blue water of the Indian Ocean, the crisp white sand of Anse Georgette, the wild rainforest which rises on the steep slopes of the island, and the verdant green fairways of the golf course – all of them had captured the imagination of these legends of the game and so, too, did the course itself. 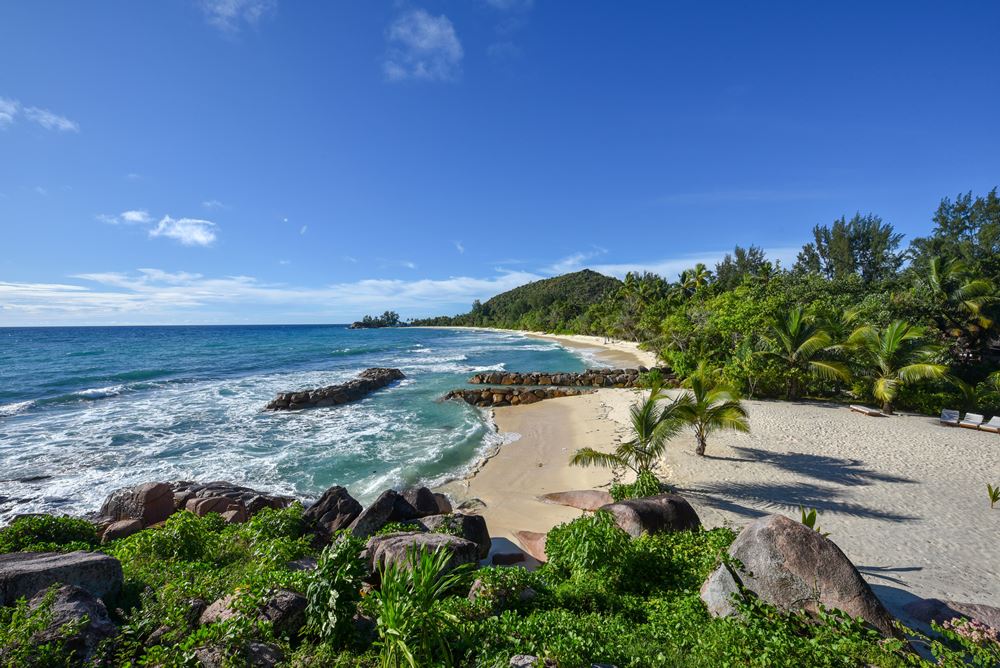 Over three days they were tested by the distinct challenge of this layout that spends 12 holes creeping between trees, volcanic rock and lagoons, before climbing up, across, between, up again and down the two unique golfing mountains. 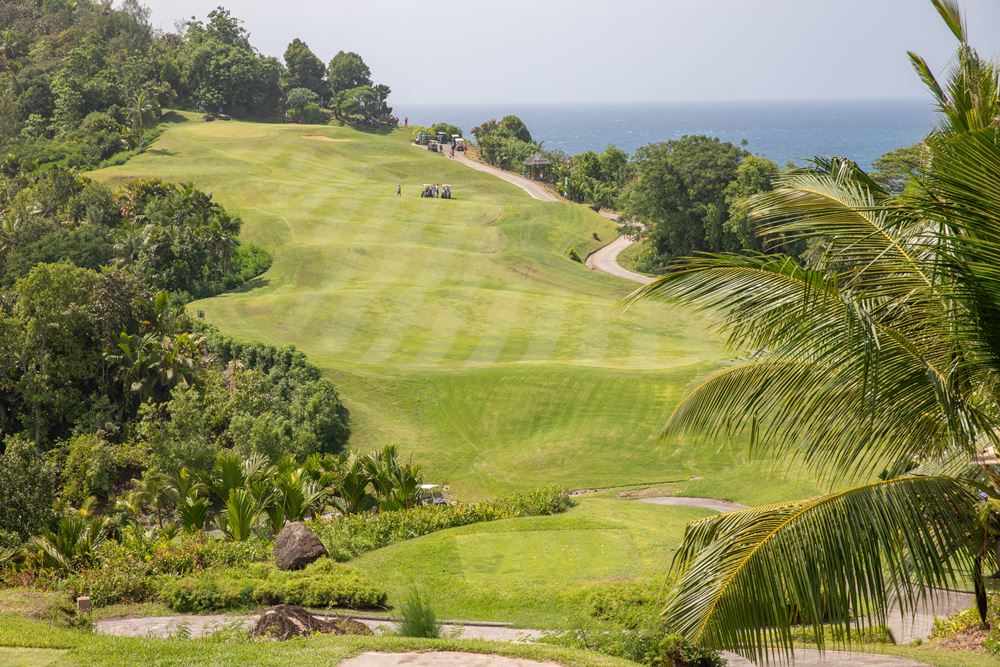 “You don’t get views anywhere in the world as you get from the 15th and 18th tees at Lemuria,” said Lehman,
the one-time world number one and 1996 Open champion.
“There’s nothing like it.”

“It was a challenge to build this course,” explained the designer Marc Farry.
“But I’m very happy that the players have been so excited about it. Not just about the golf course but the facilities here too.”

As suggested the course sets different examinations. Through those first 12 holes, the challenge is technical. 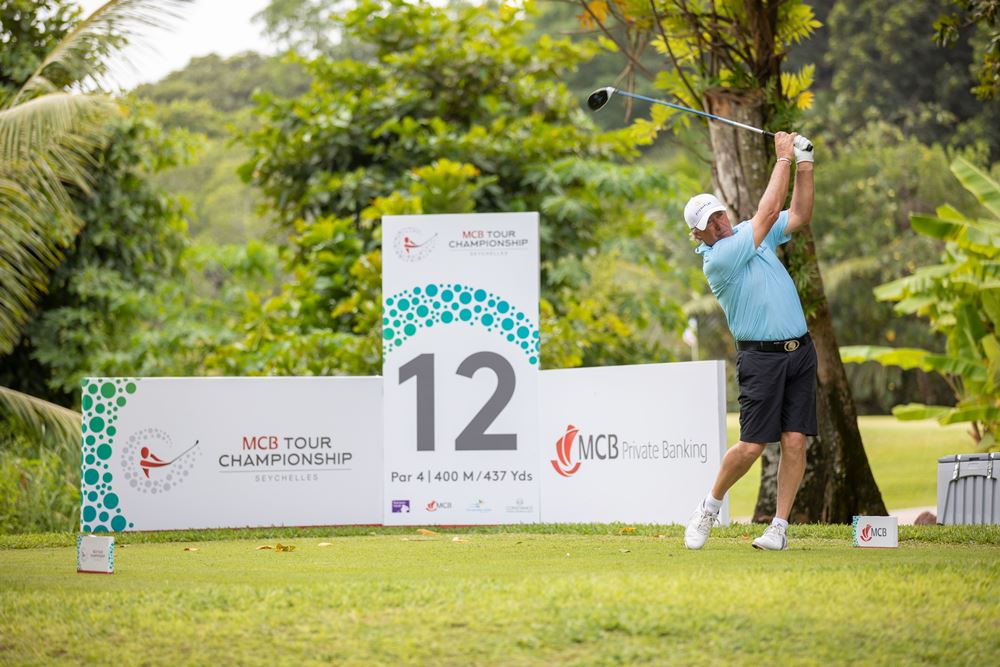 The 411-metre par-4 seventh hole proved the most difficult throughout the championship, often playing into the wind, with both the tee shot and approach shot played over water to a long and narrow green.

The 386-metre par-4 fourth hole was the second toughest and it runs parallel to the seventh suggesting that wind plays havoc with club selection.

The start of the back nine climb is another thrilling tee shot test. Anything right of the 13th fairway finds water, anything left plunges into the jungle. 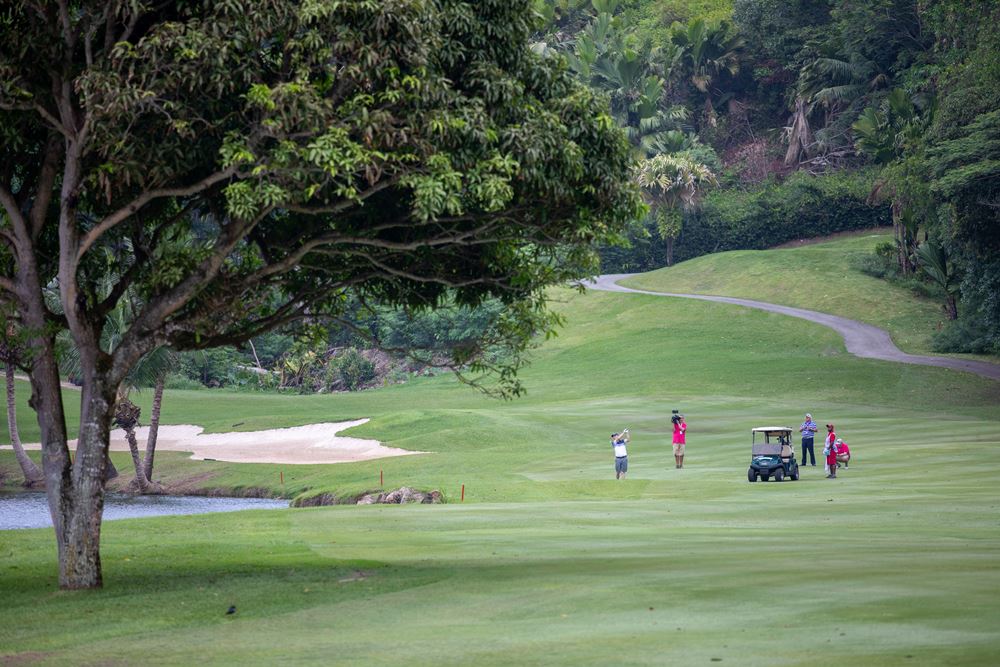 The signature hole – and it is arguable that Lemuria has only the one – is the 15th.
On paper, it is 151-metre par-3, but the tee shot plunges down a ravine to a green less than a wedge shot from the beach. A sensational view is matched by the challenge and the tee shot from the 18th is no less remarkable, this time with driver in hand.

“Those final six holes are so tough,” gasped the winner of the inaugural tournament, England’s Roger Chapman.
“I played them in level-par, and I’d have taken that if you’d told me that when I stood on the 13th tee.”

“Lemuria is on a journey towards becoming exceptional,” said Lehman.
“It starts with the people here. They make you feel so accepted and so welcome.
“You travel to some parts of the world and feel okay. At other destinations you feel immediately right at home and very welcome. That’s what I take away from Lemuria.”