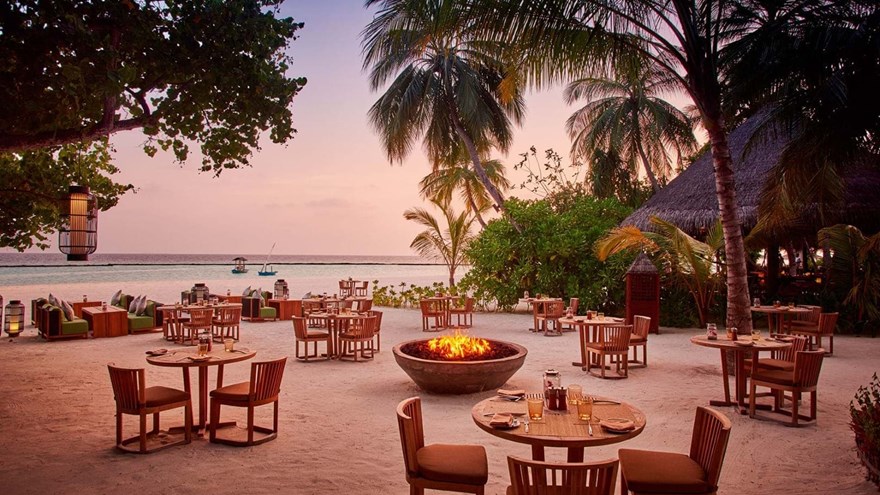 A cuisine reflecting the country's cultural diversity and colours, South African cuisine is a myriad of flavours.

This 25th and 26th of March, South African chef, Gabriel Le Roux and his team at Constance Halaveli Maldives will recreate some of South Africa's favourites and classics food for the evening.

Here's what you will savour at Meeru Restaurant as from 7 pm!

Starter
West Coast 'Mosselsop'
Steamed Mussel soup with chilli and dill
From the cold waters of the West Coast in Paternoster (one of the oldest fishing villages) comes South Africa's loved oysters and mussels. A soup traditionally served during banquets and as a starter during huge family Braai (barbecue).

Dessert
Melktert en boeremeisies
Baked milk tart with cinnamon sugar and brandy marinated dried apricots.
South Africa's most famous dessert after the beloved 'Koesister', melktert originated in the Stellenbosch area where it was traditionally made by steeping apricot kernels in the milk. The dish was changed by the Northern Transvaal house-wives by adding a pinch of dried turmeric to the warm milk. Boeremeisies 'Farmer woman' is an afternoon snack enjoyed by the adults, died apricots marinated for at least weeks in Brandy.

After Dinner
(optional, with a beverage supplement)
Don Pedro
A blend of vanilla ice cream, Kahlua liqueur, whiskey, cream and grated milk chocolate
Made famous by Danny Ferris owner of Bellinzona in Blouberg, Cape Town in the 1970's, a grown-up milkshake