The 59-year-old Englishman, a two-time winner of Senior Major Championships in 2012, was at the European Tour’s Wentworth headquarters in May to help announce the Staysure Tour’s new venture into Seychelles, but he was wearing a sling to protect a recent operation so it was particularly fitting that he should end the fortnight of competition in the Indian Ocean with his first victory in six years. 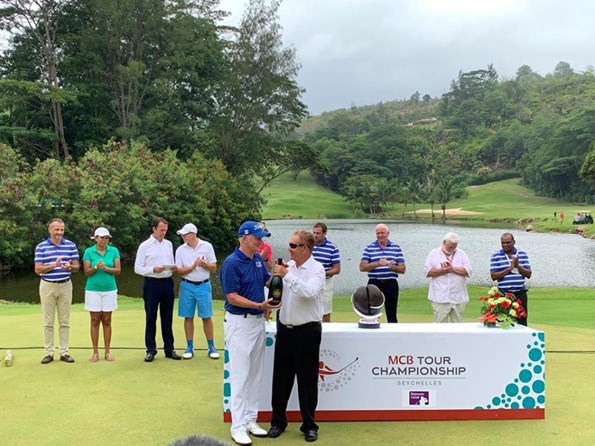 He had entered the final round alone in third place, but seven shots adrift of the leader Miguel Angel Martin. The Spaniard had set the pace with a scintillating second round of 9-under-par 59, yet he found it difficult to maintain momentum on the final day.

He made three bogeys on the front nine and had hoped that a birdie at the ninth would help him recover as the lead slipped from his grasp. Alas, he added one double-bogey -7 and a triple-bogey -8 at the final hole to drop into a tie for fourth with James Kingston of South Africa.

The first round leader Tom Lehman was another to fall foul of the tricky final hole. He made bogey to finish one shot off the lead and third for the week. 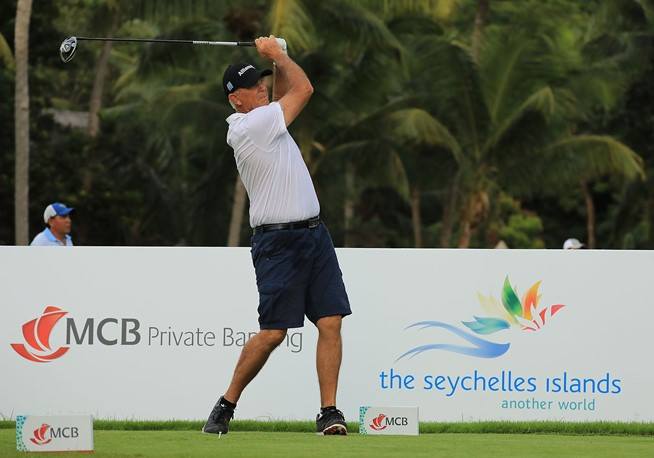 Welshman Phillip Price shot the low round of the final day, a 5-under-par 63, which set the clubhouse target and in the end only Chapman, with a 3-under-par 65, could match it.

In the play-off both men found the par-5 18th green in two shots and Price appeared to hold the advantage, leaving himself only 12-feet for the eagle. But Chapman drained his own 25-foot effort and Price failed to match him.

At the presentation ceremony, Chapman choked back the tears as he said: “Back in May I really didn’t think I’d be here now. It’s been a long, long time since I last won and this has been an emotional day. 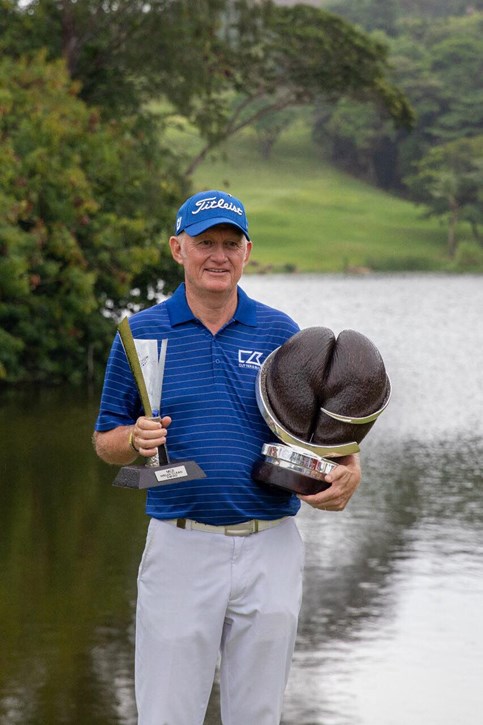 “I’m thrilled to bits. We’ve had a sensational two weeks because we all knew how great Mauritius is but it’s been amazing to get to know Constance Lemuria. We can’t thank everyone at the hotel and on the golf course enough.

“It was going to be a quiet Christmas, but I think that’s changed!”

Chapman was not the only golfer to lift silverware on the final day of the Staysure Tour’s 2018 season. Paul Broadhurst collected the John Jacobs Trophy, awarded to the winner of the Order of Merit. 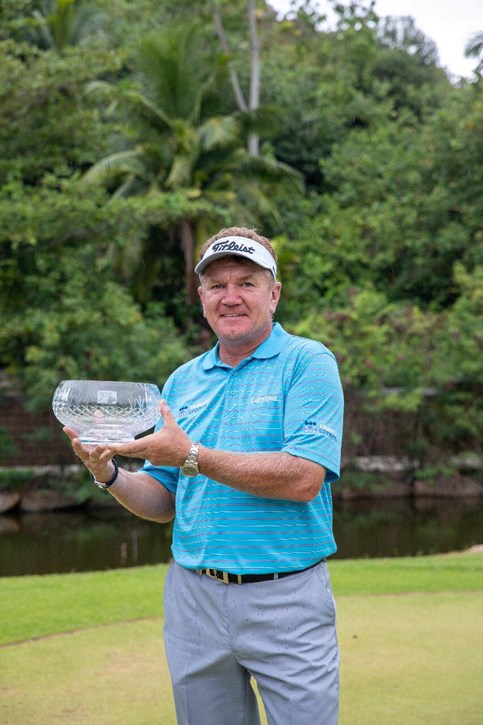