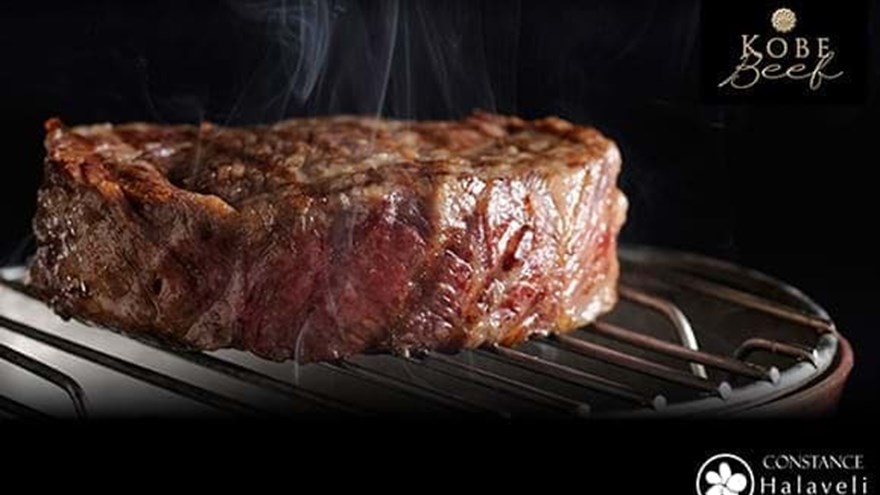 In our quest to bring you only the best; we have the pleasure to announce that you can now enjoy Kobe beef from Japan & Australia at Constance Halaveli Maldives – Jing Restaurant.
Kobe beef is recognised as the premium meat in the world, served in Michelin star restaurants and considered as the epitome of fine dining.

What makes it so special?
Kobe beef comes from the Tajima – Gyu breed of cattle found in Japan’s Hyogo prefecture. The breeding technique and environment can be said to be the key of the special Kobe meat.
In comparison to the US meat ratings, Kobe beef ranks, at least, two grades higher than Prime, a distinct category known as Platinum by the Japanese.
Known for its superior flavour, tenderness and amount of intramuscular fat which gives the meat a marbled appearance, the Kobe beef can now be enjoyed at Constance Halaveli with 24 hours advance notice.