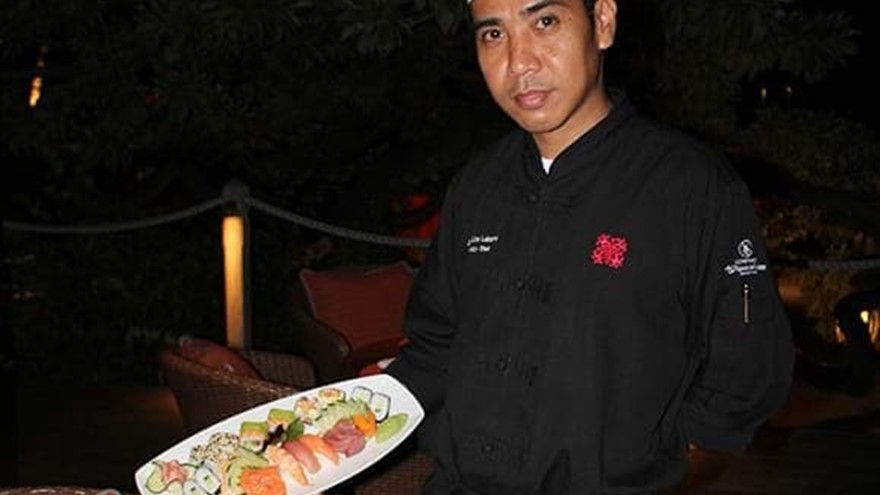 In Japanese culture, sushi is considered to be an art form with its appearance just as important as how it tastes. Chefs from around the world strive to reach this perfection.

At Constance Le Prince Maurice, we have such an artist; Chef Jerwin who likes to “catch the appetite of his customer with the sushi designs”

Chef Jerwin’s passion for food and the art of sushi making inspired him to become a sushi chef. He enjoys making sushi because he likes the colours that go with it. In his opinion, the touch and the look are what captivate the appetite of people.

Even though Chef Jerwin started his career by making traditional sushi, his inspiration and passion urge him to craft his own which is more in the western category. He enjoys mixing new ingredients to create new sushi as well as taste. There is always a new ingredient, a new sushi that he is working on.

His passion for art is not limited to sushi though; he also likes drawing cartoons and it is where his new design of sushi comes from.

His Signature Sushi – The ABI Prawn Sushi which is available at Asian Restaurant is a feast for the eyes and palate - fine ingredients as the green caviar and sriracha sauce are used.

Chef Jerwin is confident that he can win over the most discerning of customers with his sushi and other Asian delicacies at Asian Restaurant, Constance le Prince Maurice.