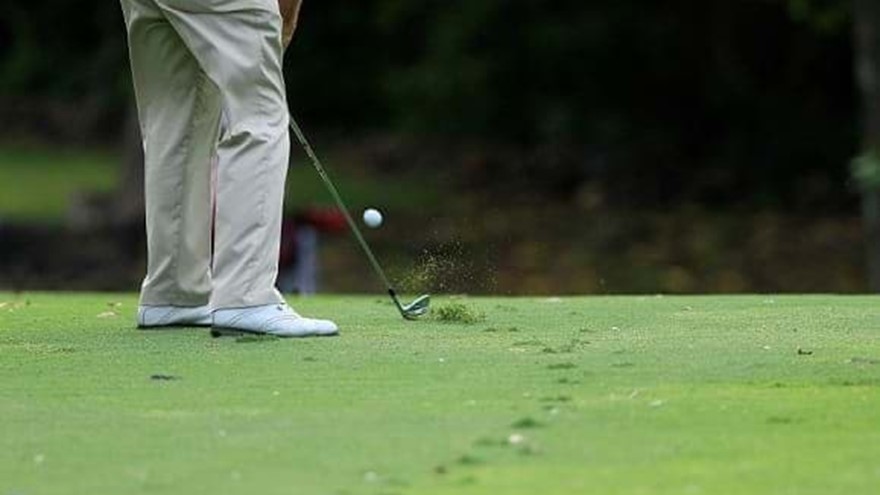 Colin Montgomerie took control of the 2015 MCB Tour Championship after a course
record-equalling second round of 64 which included a stunning hole-in-one on the 17th hole.

In the past the Scotsman has played solid golf on the Legend Golf course, finishing sixth
in both 2013 and 2014, but he's never been quite able to discover his A game.

All that changed on Moving Day.

As the round one leader David Frost stumbled through the back nine, Montgomerie,
playing a few groups ahead, pounced like the champion golfer that he is.
Trailing Frost by three shots at the start of the day he ended it with a four-shot advantage over not just
the South African but the entire field. The manner of his move was not just outstanding
but is potentially decisive.

Prior to the 17th tee, he had made five birdies without dropping a shot and yet he still trailed Frost by one.
In the next 20 minutes, all that changed as Frost double-bogeyed the 15th bogeyed the 16th and
failed to make birdie on the final hole.
Montgomerie, in stark contrast, lit up the golf course, first making an outrageous 164-yard ace on the 17th, using his 8-iron, and then adding a birdie on the par-five 18th.

“I struck it very nicely,” he said afterwards of the hole-in-one.
“It got a kindly bounce and started tracking towards the hole, so at that point started getting a little excited.
You always hope it’s going to drop in but, of course, it rarely does, so it was very nice to see it disappear from view.”

A frustrated Frost finished the day in second place on 8-under but felt he had played well.
“I only hit a couple of loose shots,” he said, “and it cost me in the end but I'm still in with a good chance.”
“I'm probably going to have to go low but you never know what can happen in golf.
I've got less to fear and nothing to lose so I'll be aggressive and try to exert some pressure."

It will not be Frost but his less-heralded compatriot Chris Williams who will partner Montgomerie in the final round after his second successive round of 4-under-par 68 left him in a tie for second.
Frost will play the final round alongside fourth-placed Barry Lane. The Englishman chipped in on the last hole for a 65 which vaulted him to 7-under-par on his own.

Defending champion Paul Wesselingh struggled to a 76, his highest score in 11 rounds on the
Legend Golf course.
He's now 1-over-par for the tournament, tied 21st and has little chance of completing a hat-trick of wins here.

Instead, the focus of attention on the final day will be directed at Montgomerie who has the opportunity of not
only winning the MCB Tour Championship, but of being crowned the European Senior Tour's number one player in style.

Meanwhile, on the Links course, the Air Mauritius Trophy came to an exciting conclusion
with local boy Ludovic Bax completing the hat-trick that has eluded Wesselingh.
In the gross competition for handicaps, 0-9 Bax played superbly on the final day to score 39 points, making a three-round total of 112 that left him eight points clear of the field for his third win in succession.
Bax's opponents might be relieved to hear that the 22-year-old plans to turn professional in the new year.

In the net competition for the same handicaps, there was a thrilling three-way tie at the top of the leaderboard,
but Paul Lim Fat took first place ahead of Jean Marc Piat and Olivier Lagesse on count back.

In the net competition for handicaps, 10-18 Anthony Lam refused to give up his early lead. His final total
of 103 points was 6 points better than second-placed
David James, but James claimed the top prize in the gross competition.

In the ladies gross competition Ginger Delacretaz continued to dominate.
Her 28 point third round score gave her a total of 92, enough for a four point victory over
second placed Silvia Valli.

Catherine Vallet took the honours in the ladies net competition.
Her 40 point final round score gave her a total of 115 points and secured a narrow one point win
over Odile Lim Fat and second rounder leader Linda Weston!