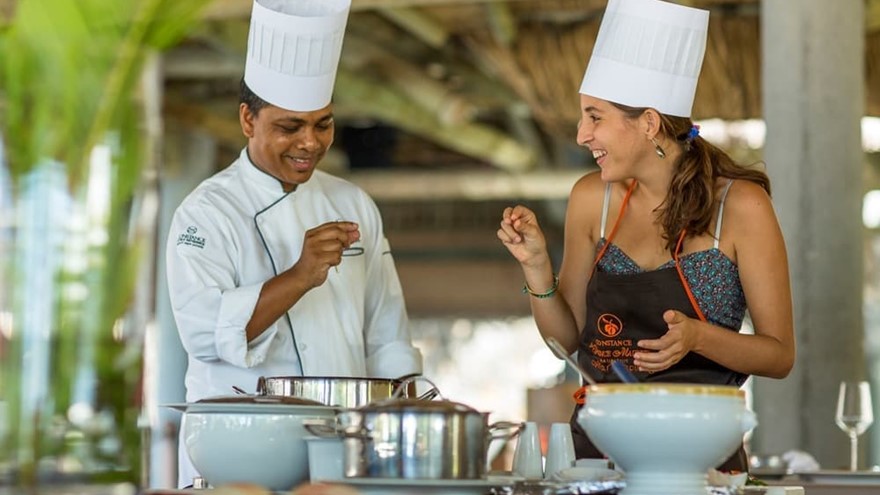 A self-taught passionate, Mercotte specialises in demystifying recipes so that it
is well understood and easily replicated by anyone.
Her favourite, desserts in general, macaroons and of course chocolate!

She held an exclusive cooking class at Constance Le Prince Maurice on Tuesday the 28th of March
from 14h30 to 16h00 at Archipel Restaurant.

And for those who were looking to master Asian cuisine, Farah Quinn held a cooking class
on Monday 27th of March at Constance Belle Mare Plage’s Indigo Restaurant from 11h30 to 14h00.

Starring in A La Chef on the Asian Food Channel, Farah is a passionate cook who has been a fan of the culinary arts since childhood.
Together with her husband, Farah also manage
their award-winning restaurant called Camus in Arizona.