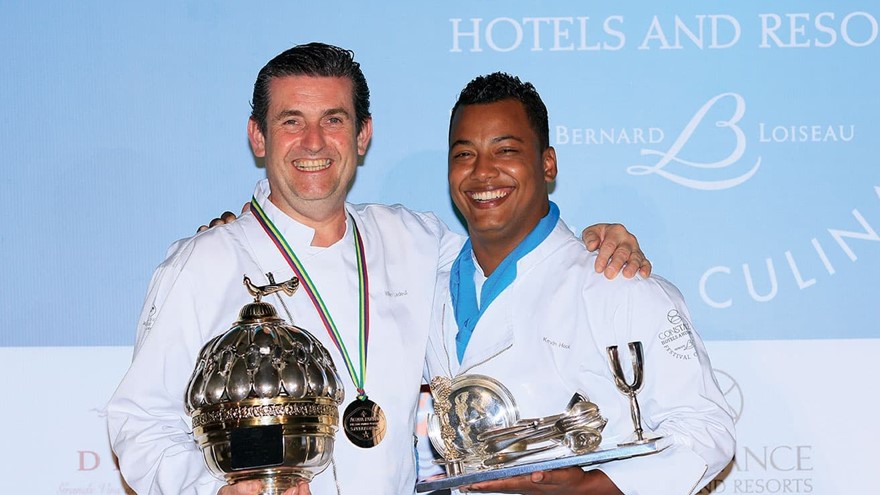 The zealous culinary week was packed with incredible flavours and astonishing creativity,
from the 25th of March to the 2nd of April there was a show of toothsome masterpieces and undeniable passion!

Three starred Michelin chef from Germany, Eckart Witzigmann‏ who was part of the jury committee
was pleased and had great fun living the festival infused with Mauritian rhymes!

Festival Culinaire Bernard Loiseau which also brings out the best of the Mauritian culture is unique in its genre.
Invitees of the festival, including sponsors and Michelin-starred chefs, were invited to taste the local flavours
and imbibe in the blend of cultures.

As the festival also symbolises sharing,
most celebrity chefs orchestrated at least one special dinner during the week
at both Constance Belle Mare Plage and Constance Le Prince Maurice.

It was a magnificent feast!

The festival which goes beyond food and wine consisted of various contests.

All in all, our island chefs and all the contests' participants had the chance to
learn new techniques and gain confidence in their work.

On the other hand, the cocktails and gala dinners were even better than the last edition,
with all press members, sponsors and special guests enjoying delicious bubbly and canapés
followed by special dinners at the charming hotel restaurants.

A remarkable event which ended on a note of satisfaction and joy,
Festival Culinaire Bernard Loiseau drew its curtain on the 2nd of April.